Prepare to Go GaGa for GiGi! 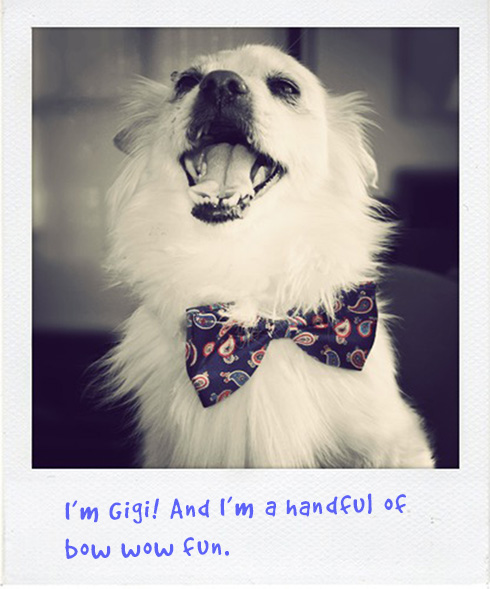 There’s no other way to put it – GiGi has panache. Look at this face! GiGi is a delightful Spaniel mix with spring in every step and whimsy in every facial expression. Never, ever have we seen a dog with so many expressions. Prepare to be overwhelmed by the pure affection and animation of this fetching spaniel with copiousness amounts of love to give.

Every single detail about GiGi resonates with charm -but perhaps her most endearing quality is her ability to infuse a special brand of joie de vivre into every minute of every day. GiGi stole the limelight at our photoshoot with her smiles and her admirable taste in pre-tied paisley bow ties. You too could look pretty in paisley like GiGi with our navy blue bow tie with paisleys!

We guarantee you this, GiGi is sure to bring you all the love and laughs you can handle -so do yourself a favor and adopt GiGi! If adopting GiGi isn’t a possibility, consider contributing to Muttville one way or another whether it be with donations, volunteering or liking them on Facebook. Learn more about Muttville here.

Maxwell is An Absolute Love! 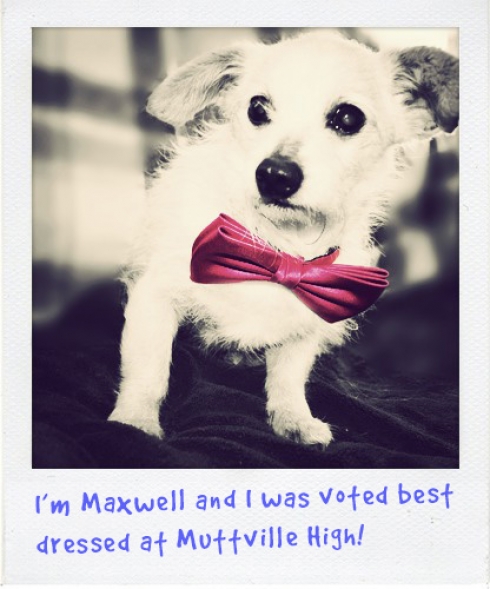 Meet Maxwell. We are above and beyond enamored with this little bundle of character and bow wow charisma. This soft-woofed pooch is mild mannered, gracious and ridiculously sweet. He has discerning taste, but once he gets to know you with a sniff or two – he makes you feel like the most fortunate person in the room.

Maxwell stole our hearts in our magenta pink bow tie and so could you! Adopt this adorable dog and you get a best friend and two matching bow ties. If adopting Maxwell is too much, you can contribute to Muttville in a number of ways by donating or volunteering or just spreading the word about this phenomenal cause. Maxwell is sure to bring a smile to anyone’s face. We’re literally still smiling cause of this lovable guy. Learn more Muttville here. 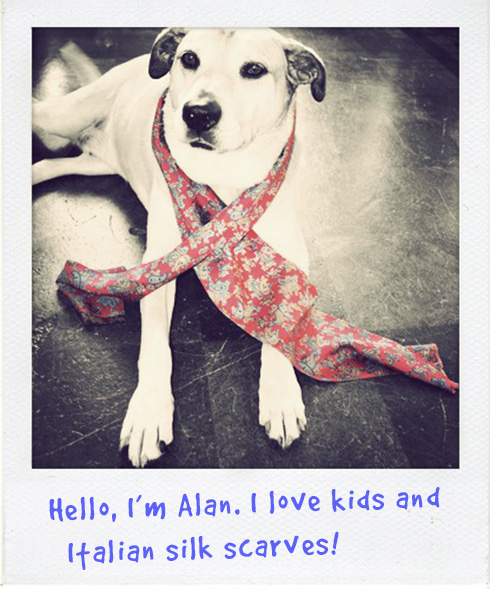 Alan is a top notch charmer with plenty of love to go around. This handsome Labrador was one of the first to greet us and make us feel like one of the gang at Muttville. He likes it fancy (he picked out this paisley silk scarf) all by himself, but he’s not the least bit spoiled. Alan is a true gentleman with an old soul, great manners and a contagiously happy-go-lucky demeanor. Alan’s not the least bit judgey and loves kids, adults, dogs and seems to be totally accepting of cats. Alan is truly the best of the best.

Alan opted for one of our most distinguished silk scarves with a punchy paisley pattern. The lucky adopter or fosterer of Alan not only gets the best lab around but also scores this jazzy accessory too. For the next week, we will contribute all sales of this scarf to Muttville. If adopting or fostering a dog isn’t in your cards, you can also donate to Muttville in a number of ways. You can find out more about Muttville and Alan here.

A little more about Alan:

For those of you looking to change things up in your daily tie routine, tie maker Cantucci created the perfect collection. The mesh textured pattern reminds us of a fishing net. It is certainly unique without being unfashionable. We liked this design so much, that we decided to carry Cantucci’s entire color assortment of this design (see below). Besides these five neckties, we also offer these designs as matching handkerchiefs,self-tied bow ties, and – perfect for the uber dapper dude in you – matching ascots.

Tie maker Cantucci sources their fabrics from Como, Italy – a place world famous for its high quality silks. The patterns and colors on this collection is screen printed onto the raw silk, creating very intricate detail, a smooth surface, and very soft feel. We especially like the ties below when worn with the matching handkerchief. While the lighter colors (yellow, pink, and lilac) are great for spring and summer, the two blue ties are excellent choices for fall and winter months. Each tie is hand crafted from 100% italian silk. 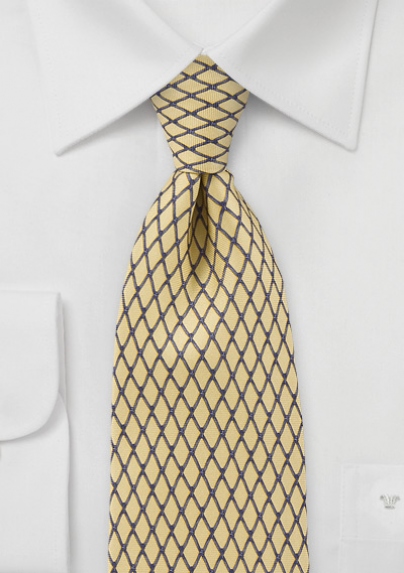 Film buffs know that there are a choice few directors left in the world that are truly able to extend their vision to the screen in ways that directors from the past could. A strong director is essential in order for a film script to really “pop,” which is perhaps why so many of Hollywood’s biggest blockbusters don’t seem to make the cut. Wes Anderson, on the other hand, is one of the few modern-day directors that really knows how to evoke emotion in his films, and should be celebrated as being one of the biggest talents in the industry today. He’s also one of the best-dressed directors on the scene, which is something that shouldn’t be overlooked. Consider how Wes Anderson gets his look, as well as how you yourself might be able to learn a thing or two from him. 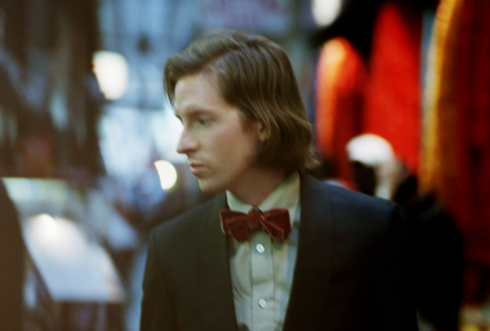 The bow tie is Wes Anderson’s accessory of choice. In 1 out of every 10 photo we saw of him, he was wearing a bow tie. Here he opted for a self-tied velvet bow tie in rich reds paired with shawl collar navy suit, and pistachio colored linen dress shirt. We especially like the pink knit tie he chose to wear on the right. Well done Mr Anderson.

Pastels
Wes Anderson is not the type of person to dress in drab colors; it simply goes against his aesthetic entirely. Take one look at his films, and you’ll quickly be able to realize just how important color is to this director. His penchant for embracing pastels comes through not only on the screen, but also in the way that he dresses. Pastel dress shirts are a big part of his look, as are those which feature very tightly-knit patterns to create a sense of depth that doesn’t come from solids or wide patterns.

The White Suit
Another important aspect of Anderson’s films is the fact that he uses a great deal of contrast in almost every shot he directs. Contrast can help certain aspects of fashion or film to pop, and is one of the most important tools in this director’s kit. While he sometimes wears traditional suits, he very often chooses a white suit when walking the red carpet. Anderson’s white suit adds contrast to his look, especially when combined with the pastels that he is so fond of. The result is a clean, sophisticated look that brings to mind the concept of the southern gentleman.

Corduroy
Quite often you will find Mr Anderson wearing a corduroy sports coat or blazer paired with contrasting colored button ups and/or cardigans. The ribbed texture of this fabric adds a more casual touch to the jacket – making it a perfect piece for those who are seeking something a bit out of the ordinary. Wes Anderson usually sticks to earthy tones on these jackets ranging from a lighter beige to a darker espresso brown, and even dark navy. 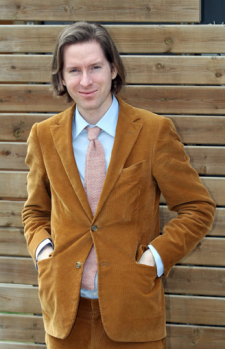 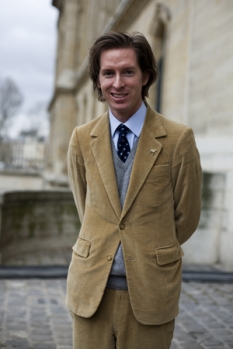 Bows Ties
After browsing through almost a hundred pictures of Wes Anderson we found that in 1 out of 10 he chose to wear a bow tie. Anderson usually prefers slightly smaller bow ties showing unique check patterns or stripes. These pieces create somewhat of a “professor’s” look that Anderson learned to make his own. It shows creativity without being overly nerdy. We dig it!

Takeaways for the Modern Man
Dressing like Wes Anderson is something that won’t work for everyone; you’ve got to have the right attitude and mindset to pull it off. If you feel as if you do, however, there’s no better way to get started than to pick up a fashionable light colored suit – a piece that is perfect for the sunny days. Work with a tailor to ensure that the fit is spot-on, and pair your suit with a pastel dress shirt; seafoam green and mint hues can be very effective here. Besides the suit, experiment with patterned self tied bow ties as well as corduroy sports coats.

Other Stylish Celebrities we Have Featured:
Robert Pattinson’s Style
The Style of Joseph Gordon Levitt