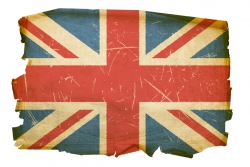 For American businessmen who travel internationally for work, it’s almost inevitable that one will eventually end up in Great Britain at some point. Business meetings between Americans and the English tend to be regular occurrences, which makes it all the more important for Americans to learn how to dress correctly for a meeting in GB. Fortunately, the differences between American and English business dress tend to be relatively slight; more so than most people think, at least. Bear in mind, however, that the British take business dress quite seriously, and choosing the wrong pieces will do nothing to help your case if you’re in the area for a meeting. By taking the following aspects of British business dress into consideration, you can rest easy knowing that you have a strong handle on dressing for a British business meeting. This article is part of our 10-part series titled “Business Dress Around the Globe“.

Avoid Striped Neckties
Choosing the right necktie for a business meeting is something that every guy needs to take into consideration in order to ensure that they’re dressing their best. In Great Britain, striped neckties should always be avoided. This is because the “regimental” neckties that are often found in Britain tend to feature very specific striped patterns, each of which represents a certain institution. As a result, wearing a striped necktie can very often cause a disconnect when in the area, and may even lead to being offensive. While stripes are relatively off-limits, other patterns can be quite effective; polka dots, for example. Former British Prime Minister, Gordon Brown, for instance often times wears a purple and white polka dot necktie, and you can do the same! You can also get quite a bit out of a simple solid-colored tie, which will connote professionalism without looking as if you’re trying too hard to do so.

Leave Loafers at Home
Everyone likes wearing loafers on occasion. That said, they tend not to be worn very often in business scenarios in Great Britain. Rather, businessmen in the area tend to wear laced-up leather shoes, which are not only attractive, but versatile enough to be worn in a variety of different situations. The shoes you choose should certainly be attractive, but there’s no need to purchase expensive Italian leather shoes the way many people feel they must. Simply choose a pair of shoes that will match nicely with a variety of different ensembles; both black and brown are versatile enough to do so. Avoid dress shoes that feature colors that might clash with the rest of your business ensemble.

Stick With a Conservative Suit
While Great Britain’s business dress code certainly isn’t as conservative as that found in certain other parts of the world, this is not to say that you should ever dress in a manner that might be considered informal. Compared to American businesses, British offices dress formal and conservative, making Business Casual a foreign concept. Choosing a conservative suit is of the utmost importance, and can truly mean the difference between an appearance that works for you and one that does not. For best results, choose those which fit you in a way that will compliment your figure, avoiding those which are overly tight. Stick with colors that are rich and professional, which will help to put you in a good light. The best suit colors are midnight blue and charcoal. Solids are best but subtle pin-stripes or elegant birds-eye pattern is also an acceptable variation.